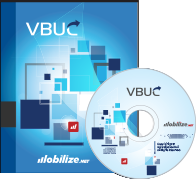 We just keep makin' it better.

With this release, we continue with the theme of moving the needle on your productivity in migrating apps from VB6 to.NET or even all the way to the web. To that end, there are three major areas of improvements in version 8:

By taking advantage of multiple cores and managing memory on large projects better, the VBUC will process very large VB6 ( >2MLOC) solutions faster and more efficiently. Up to 10x speed-ups are possible by processing each VB project in parallel using separate cores. Using 8 cores and 32GB or memory, up to 12 projects can be processed simultaneously.

We re-wrote the memory model to handle very large projects better. Previously, the old memory model could cause some bottlenecking on projects larger than 2MLOC.

We have improved the code generated by the migration tool in several important areas:

Tested and Tested Some More

In addition to the 1000s of customers who choose to license our tools and do their own migration projects, quite a few turn to our deep experience to do the migration for them. Generally--but not always--these are the projects that are the most difficult, due to size (they are HUGE), complexity (many individual projects, many dependencies), or other factor. This gives us a test bed that includes not only our vast set of unit tests but over 24 million lines of VB6 code we can throw at any VBUC release. Such a huge test suite lets us plot the improvements in code quality in terms of reducing post-migration compiler errors to deal with, as well as benchmarks for a variety of project types.

Get your free trial of VBUC 8.0 today and see how you like it.