With IDC reporting the single biggest quarterly decline in PC shipments since they began tracking such data in 1994, it's beginning to look like the the downward slope is more like a cliff.

It's not that people haven't noticed that smartphones and tablets are replacing PCs on desks and in livingrooms, it's that they're surprised by just how fast it's happening.

I've been in technology for over 25 years and one thing I've learned is you can't overestimate how quickly a new technology can replace an older one.

BYOD is not only here to stay, but within a very short time it may be the dominant business paradigm. I see more and more business travelers on airplanes using their iPad or Nexus instead of a heavy laptop. And who can open up their laptop on those crowded seats anymore anyway? Why not carry a tablet, and if you need to do a lot of email, a Bluetooth keyboard and mouse? Leave the PC at the office. 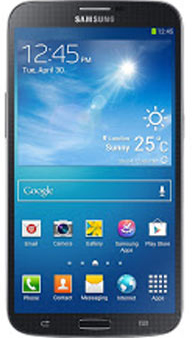 Samsung has just announced PhoneZilla: a Galaxy with a 6 inch screen. Add a BT keyboard and mouse, hook up your HDMI monitor with their MHL adaptor, and you've got a desktop computing device. What's missing? Hard disk? Google Drive. Local store? MicroSD. Processing speed? Already there. Apps? Hey, it's a 'droid. Does that ThinkPad still seem so absolutely unreplaceable?

Of course, because the ThinkPad has security, right? Have you heard about Knox?

It's time to mobilize! These projects won't happen overnight, and if you're waiting you're risking falling behind your competitors. It's time to map out a plan to bring your key legacy apps to tablets, smartphones, and web browsers using javascript and HTML5. We can help you do it affordably using automation and experienced engineering talent. Give us a call today and we'll show you how easy it is to get started.