Android fragmentation: worse than you thought

Summary: bad and getting worse. 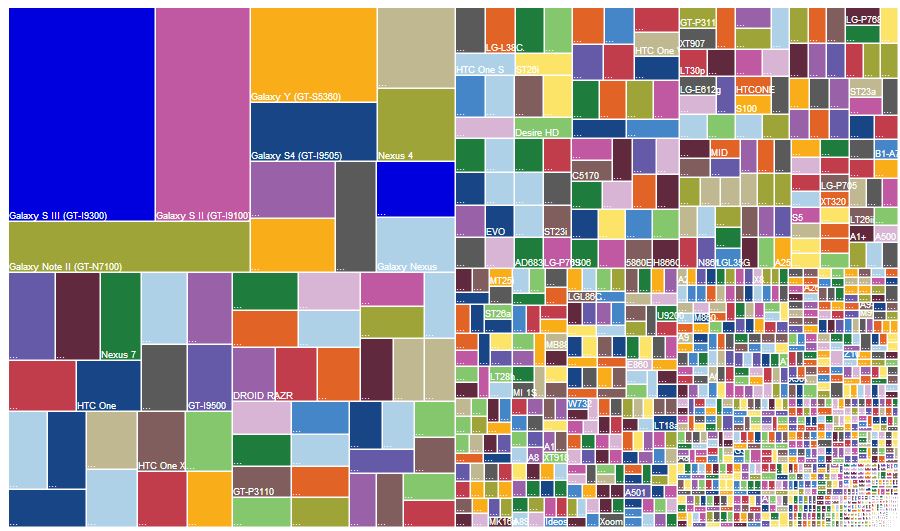 This is a cool graphic (you can compare 2013 to 2012). I urge you to click on the pic to visit their site and see for yourself.

Some interesting findings they turned up: in 2013 almost 12k distinct Android devices downloaded their app, compared to about 4k last year (3X growth in fragementation). Samsung has 47% of the market. The number of different OS versions and screen sizes is staggering, especially compared to iOS.

Frankly, given this, if you're targeting 'droids you will have to make some thoughtful choices about what to support, and be prepared to deal gracefully with all those nasty exceptions.