During your migration, you may find it necessary to update your legacy app. Now the post-migrated source code and the production system are out of synch. But no worries: Mobilize has developed a process over time to allow for the re-migration of the source code during a migration project, without losing any manual changes already applied to the migrated code.

This process is recommended to:

This process can be performed at several stages during the migration project.

When used for optimizing the migration project it can greatly reduce the effort required by creating a feedback loop with the Visual Basic Upgrade Companion to continually increase automation and reduce the manual work involved. This is important because during migration projects, some issues are not detected until manual changes are underway. If the amount of occurrences of a single type of issue is significant, it makes sense to design a solution that can be automated by the VBUC. This will fix the issue and reduce the risk of applying the fix to the migrated code manually.

The process followed by Mobilize is based on the industry standard best practices for branching and merging source code. It relies on the source control system, either Subversion or Microsoft's Team Foundation Server, to perform a three-way merge between the baseline green code, the newly migrated green code, and the current code with manual changes. 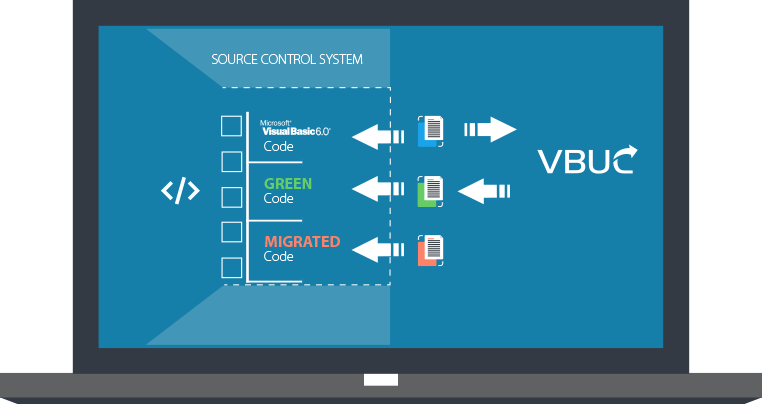 Once the code is stored in the source control folder structure, the following process should be followed to perform a re-migration of the VB6 code: 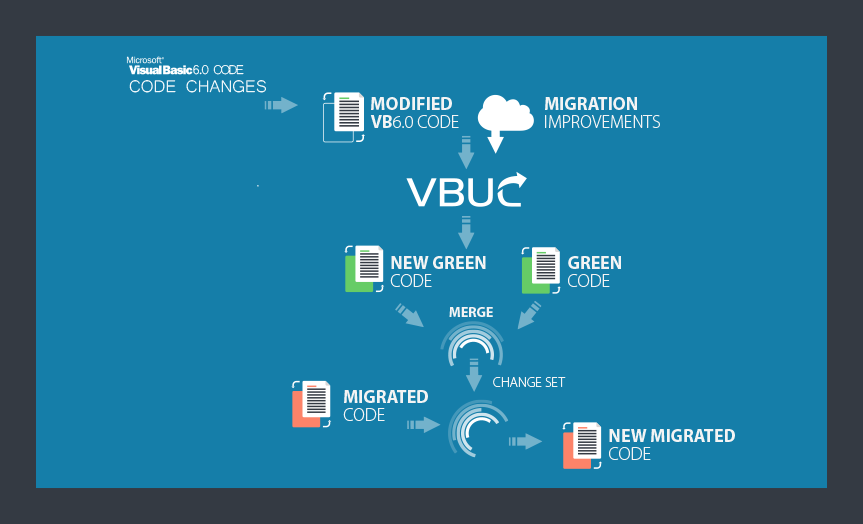 By following these simple five steps it is possible to re-migrate the application several times without losing the manual changes already applied to the migrated code.