Announcing Mobilize.Net plus Snowflake: Marriage Made in the Cloud

The cloud. You can't read 3 sentences on the internet without stepping on more mentions of the cloud than a weather forecast in the pacific northwest. The cloud is a place for you to put… well, everything. Every application ever written, and every piece of information that has ever existed. Such storage capacity seemed like fantasy when I was the coolest guy on the block trading my floppy disks for zip disks over 20 years ago.

But fear not! We can all be as cool as I once was by moving to the cloud. If you’ve got a lot of data to move, 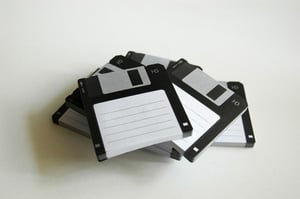 you might even need an entire warehouse. That’s where Snowflake comes in. As the premier data warehouse built for the cloud, Snowflake allows you to ditch your on-prem server storage environment (the floppy disks of the modern world) and upgrade to the cumulonimbus of the cloud world.

Today, we’re announcing a partnership with Snowflake to create and release migration tools to automate the pain of transitioning from the legacy data warehouse to the cloud. You can watch this brief announcement video giving an introduction to the partnership that Snowflake and Mobilize.Net have been building.

Easy right? Old tech out; new tech in. Piece of cake. Then why is it so hard to do? Why is it so hard to leave the legacy system you’ve been using? SQL is the predominant language for querying databases around the world. I write SQL for my current data warehouse, and I can write SQL for Snowflake. I write macros currently, and I can write macros for Snowflake. This should be simple.

Except it’s not. Not only is data warehouse SQL created differently from platform to platform, but each one has their own proprietary scripting language that is less than accepted by other data warehouses. The ANSI SQL has been around for a while and most data warehouses adopt those standards even as they are being updated. But each data warehouse adds its own unique flair. Often the architecture of each data warehouse requires its own additions to be made. Often times these data warehouses add in grammar elements designed to improve queries and optimize the speed at which the data is collected or manipulated. And of course, most of these warehouses allow you to define your own functions. How are you supposed to automatically convert proprietary functions that are not predefined or have any documentation?

That is where Mobilize.Net comes in. We’ve been modernizing legacy code since the zip drive was invented, 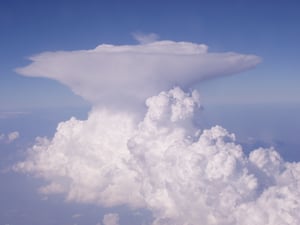 and we’ve finally decided to take our talents to the world of data and data warehouses. That’s right, over 25 years of code migration expertise and moving applications to the cloud takes on the world of SQL, sprocs, and proprietary scripting languages. Get excited.

We’ve been developing and refining our tools with Snowflake behind the scenes, and have already converted millions of lines of SQL containing tens of millions of objects. So far, we’ve lived up to the hype with well over 90% conversion rate, and we’re just getting started. For everyone out there that was afraid to move their data to the cloud, stay calm and visit this page. Over the next few months, we’ll get specific on how Mobilize.Net meets the challenges of database migrations. Feel free to reach out to us. We’ll allay your fears over a conversation in plain English (or non-plain jargon… we go both ways) about the automation we can provide.

And hey, if you’re not into databases, remember we’re still the world leader in converting legacy applications to the cloud. So it’s ok, you can still be into clouds. (Let me know if you find any zip drives up there. I think I may have lost a few over the years...).