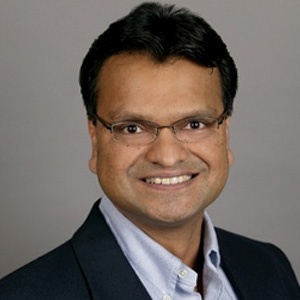 Raj is a tireless advocate for increasing the value-add and impact of multinational corporations (MNCs) operating in India, and towards that end, co-produced a documentary featuring MNC leaders in India, “Inventing the Zero, Reaching for Infinity: The story of India and its IT industry,” that was telecast on CNBC.

Before relocating to India, Raj worked on several engineering teams within the Microsoft product groups, including the Windows Marketplace team (precursor to the Windows Store). As General Manager in Microsoft IT, Raj helped shape and accelerate Microsoft IT’s cloud strategy through the internal evangelism and adoption of Microsoft’s Azure platform through development and deployment of the first Windows Azure LOB application. Raj reflects on his learnings on moving to the cloud in a book he co-authored" “To the Cloud: Cloud powering an Enterprise” – the Why, What, and How of enterprise cloud adoption, which highlights the key lessons learned and shares a 4E conceptual framework (Explore, Envision, Enable, Execute) for CXOs to leverage.

During his seventeen years at Microsoft, Raj was awarded several US patents, one EU patent, and established himself as a thought leader by authoring or co-authoring ten “ThinkWeek” papers for Bill Gates. Raj holds an MBA with honors from the University of Chicago Booth School of Business.

← Back to Leadership Team page