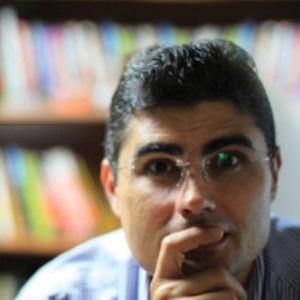 Iván co-founded our company and has been the technical force behind its intellectual capital and powerful migration tools set. Ivan has successfully migrated hundreds of legacy projects and manages a team of 100+ engineers who have created the migration technology, migration products and who deliver services for worldwide enterprise clients, like Microsoft, Boeing, CitiGroup and Duke Energy. He is also responsible for the execution and refinement of the company’s technology management, development and project management processes.

Previously, he was President of Ziptek Inc., a technology-based company dedicated to consultancy services in automation networks. Iván holds a Doctorate in Computing from the University of Oxford, England, a Master’s degree in Computer Science and an honors Licentiate degree in Electronic Engineering from the Costa Rican Institute of Technology (ITCR). His doctoral work titled “Data refinement by rewriting” was supervised by Professor Sir C. A. R. Hoare, Turing Award 1980, and Dr. Michael Spivey, under sponsorship from Microsoft Research, Cambridge. His areas of interest include automatic program transformation, tools for program analysis and program reengineering. During his research work, Iván also visited Microsoft Research, Redmond, and worked for the Intentional Programming Research Group, led by Dr. Charles Simonyi.

He was also a member of the Programming Tools Research Group, Computing Laboratory, University of Oxford. In 1993, he won the National Electronics Award, in the Research Category, awarded by the Costa Rican Society of Engineers and Architects. He has also been a faculty member of both the ITCR Computer Science Graduate and Post-Graduate Departments.

← Back to Leadership Team page

ABOUT
RESOURCES
KNOWLEDGE BASE
Copyright © 2021 Mobilize.Net, Corporation. All Rights Reserved.