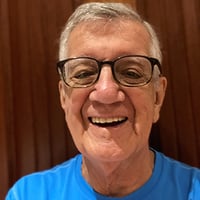 In Memory of Manuel Parra

Co-founder and Chairman Emeritus of Mobilize.Net Corp, don Manuel Parra, died peacefully in his home on Saturday March 20, 2021, after a year-long battle with cancer.

Don Manuel was not only Chairman of the Board for most of Mobilize.Net’s existence, but he also served as Chairman of ArtinSoft corp, Senior Vice President of Compaq’s International division, and Vice President of Unisys, among other roles during his long and successful career.  Manuel will be remembered as a wise businessman with a head for numbers and a heart for people.  Manuel earned his reputation for tough but fair dealings, able to read the subtle people issues and turn many challenging situations into a win-win for all.

Don Manuel was instrumental in launching Mobilize.Net and guiding it through critical growth and transition periods, into the growing, dynamic success story it is today.

Manuel retired from Compaq Computer Corporation in 1999, where, as Senior Vice President in charge of the International Division, he was a member of the Corporate Strategy Team responsible for the manufacturing, marketing, sales, service and support of all Compaq products in the Latin America and Caribbean region; he had 14 subsidiaries, 1 manufacturing facility and 6 service centers reporting to him. The division had 1,800 employees and annual sales of $3.4 billion.  He also supervised the Global Accounts Group, responsible for the marketing, sales and support of all Compaq products and services to the top 100 corporate customers on a worldwide basis.

From 1986 to 1990, he was the Vice President of Government, Communications and Services Line of Business for Unisys Corporation.

From 1976 to 1986 he was President of Parra Myers Associates a company with operations in the United States and Latin America specializing in the development of integrated systems for the transportation sector and public utilities.

At various times, he has been a consultant for the United Nations Development Program, the World Bank and the Inter-American Development Bank.

Manuel served as Mobilize.Net Corporation's founding Chairman of the Board from 2012 through 2020, where he served on the Board of Directors until he passed away.

He will be greatly missed.
Rest in peace, don Manuel.

← Back to Board of Directors page